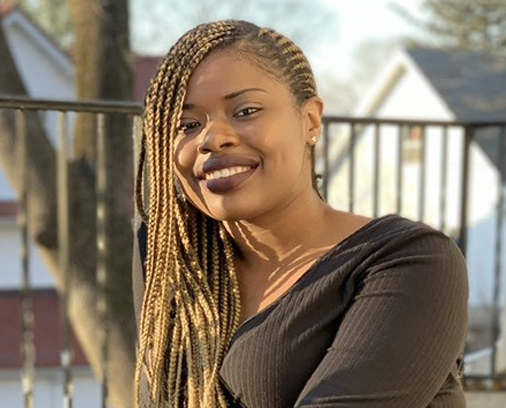 Courtne was born in Toronto, Canada but, due to domestic violence in their home, she, and her mother and sister moved to New York. Growing up as undocumented immigrant was not easy for Courtne. She experienced many financial, physical, and psychological challenges.

After graduating from high school in 2010, she could not attend college because her options were limited. Courtne was able to take two classes at Bronx Community College, but could not afford to take any other classes. Although her time there was short, she was introduced to the Seekers Christian Club, and that changed her life. She worshiped God, served, and met great people. For the first time in her life, she felt the thickness of God’s presence. Courtne felt God loved her and that He would be with her, despite her differences and shortcomings. She knew that He was all she needed.

In 2013, under the Obama administration, DACA (deferred action) was passed for undocumented “dreamers” who desired to work or attend school legally in the U.S. She was elated and worked very hard to fulfill all the needed criteria. She was able to attend CUNY Lehman College due to big sacrifices that her family made for her. She attended college full-time while working part-time. She somehow got through it with God’s help.

Courtne’s dream of becoming a writer finally came to be. She is now writing a book titled, Rain Rising, which is about her journey through mental health trauma.  She hopes her story will inspire youth, especially those struggling without hope. She also hopes it will be a conversation starter and isolation-breaker for those who suffer, especially in silence. Life is not easy. Courtne hopes her book will help young people heal and have hope again.